Parsa National Park is a protected area in the Inner Terai lowlands of south-central Nepal. It covers an area of 627.39 km² in the Parsa, Makwanpur, and Bara districts. The ranges in altitude from 435 m to 950 m in the Siwalik Hills. It was established as a wildlife reserve in 1984.

In history, this area served as a vacation site for the Rana Rulers of the country. In 1984, it has been gazetted as a wildlife reserve to preserve the habitat for wild Asian elephants and a variety of other fauna. It is contiguous with Chitwan National Park in the west. In 2017 it was gazetted as National Park.

The Park (12th National Park of the Country), is located in south-central lowland of Nepal of province 2 and 3 in Parsa, Bara, and Makwanpur districts. The reserve lies in the east of Chitwan National Park. The area of this wildlife reserve is 499 square Km. where you can reach by 8 hrs driving from Kathmandu.

The National Park is located in the inner Terai region. In the east it extends up to Hetauda and Birgunj highway. It is together with the Indian wildlife reserve Valmiki National park. The distance between Kathmandu (capital city) and the National Park is 106.0 km.

The soil is primarily composed of gravel and conglomerates, making it susceptible to erosion. The hills present a very rugged face with numerous gullies and dry streambeds. As the foothills are very porous, water flows underground and surfaces at a distance of about 15 km. from the base of the hill. The Churia hill range from 750m to 950m running east to west.

Things to do in Parsa National Park

There are temples paying homage to Hindu Lord Shiva and Goddess Parvati. The place is a religiously important site and a natural viewpoint due to its location on a hilltop. Moreover, the view tower neat the park headquarter is a must-visit to watch birds and animals. Jungle safari and canoe ride amid this lush green forest will bring you closer to nature and wildlife. Likewise, the elephant camp at Amlekhgunj is another place worth visiting. While the village walk and Tharu culture program are the cultural attractions of the Parsa National Park.

There is a small guesthouse with four rooms at the headquarters. There is also a teahouse that can provide tea, snacks, and Nepali food. Hetauda and Birgunj are about an hour’s drive. Modest shops have also come up near Pathlaiya which is a walking distance from Headquarters. Make sure to bring a first-aid kit containing medicines for intestinal problems.

How to Get into Parsa National Park

The Parsa National Park headquarter located at Adhavar. This headquarter is connected with other parts of the country via air and road. The park can be easily reached from Kathmandu in 15 minutes flight to the Simara airport, which is located at a distance of about 8 km south from Adhavar. The park at Adhavar is about a 5-6 hour drive from Kathmandu and a 6-7 hours drive (approx.230 km) from Pokhara (the tourist destination in Nepal after Kathmandu).

Adhavar is a 5-6 hour drive from Lumbini, the birthplace of Lord Gautam Buddha. Hetauda and Birgunj, the two major industrial and business centers of Nepal, are located just about 25 km north and 23 km south from Adhavar respectively. From both of these towns, Adhavar can be reached by bus in less than one hour. Birgunj is also the gat way to Nepal from India. 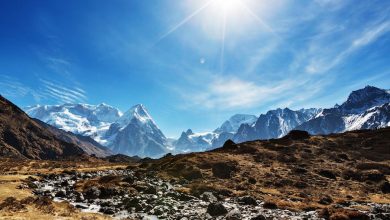