The prince of Bahrain and his expedition team successfully scaled Mt Manaslu (8,163 meter) on Thursday.

According to the Department of Tourism (DoT), the liaison officer of the base camp informed the department about the successful ascent to Mt Manaslu. “Fourteen climbers from Bahrain and three mountain guides have successfully climbed the mountain at 7:10 am this morning,” an official at the department said.

The team including the prince of Bahrain Shaikh Nasser bin Hamad Al Khalifa had reached the base camp of Mt Manaslu on Tuesday. The expedition team has already ascended Mt Lobuche (6,119 meter) on October 3.

After the mountaineering activities were suspended due to COVID-19, the expedition team of Bahrain prince made the first ascent of 2020.

The government suspended spring season climbing as a precautionary measure for the safety of the climbers. Mountaineering activities resumed in July after a hiatus of nearly six months due to the COVID-19 pandemic. An 18-member expedition team including a member from the royal family and three nationals from the United Kingdom had arrived in Kathmandu on September 16. The DoT issued the climbing permit to the team on September 22.

The 18-member expedition team will include three Britons and 50 sherpas. The team is quarantining for a week at a hotel in Kathmandu before flying via helicopter to the climbing base.

While they have been given permission to climb Mount Manaslu at 8,163m, the team has also been allowed to acclimatize for the climb on Mount Lobuje East in the Everest reach region at 6,119 m. Climbing Manaslu takes about seven weeks.

According to a report, Nasser will be donating food supplies to sherpas and their families who lost their livelihood due to the pandemic and lockdown.

The team is preparing to climb Mount Everest in the spring of 2021.

The only other expedition team that has been allowed to climb during the autumn season is an all-Nepali team that aims to summit Baruntse, a peak in the country’s Khumbu region.

Nepal re-opened its mountains in late July and was about to resume international flights in mid-August to kickstart the autumn climbing season, but a jump in cases delayed this.

As Nepal is home to eight out of 14 of the highest mountains in the world, including the highest, Everest, tourism accounts for nearly 4 per cent of Nepal’s GDP, with the industry getting at least half a billion dollars annually.

According to an analysis by the Asian Development Bank, the Covid-19 pandemic will shave up to 0.13 per cent of the country’s GDP, rendering nearly 16,000 people jobless.

Is it worth going to Nepal?

It’s absolutely worth it! I guess the vast majority of travellers in Nepal don’t trek at all. The World Heritage sites of the Kathmandu Valley could keep you busy for a week. You could see the jungle of the Terai plain in the Chitwan National Park or go rafting a wild river or just enjoy the lovely views in Pokhara. 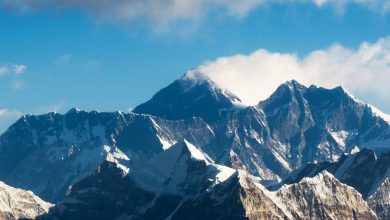