Since the first successful summit expedition in 1953, the stream of visitors has grown and grown. In 1976, Sagarmatha National Park was established, as one of the first national conservation areas in Nepal; only three years later, UNESCO followed up by declaring it a World Natural Heritage. The Everest region soon developed into a major tourist destination.

The Park in the Everest region offers up some of the highest treks in the world. To help decide which trek is best for you, here’s a list of the main trekking routes with the duration and highlights for each route. Each route has great views, so which one you choose largely depends on your time frame, budget, and appetite for adventure.

The prime features of Sagarmatha National Park is Mt. Everest, the highest peak of the world. The peak lies in Solokhumbu district lying in the northeast of the north-eastern part of the country. The park, a part of the Himalayan ecological zone, has several other prominent peaks most of which are above 6,000 meters. With most of the park above 3,000 meters, the peak is full of rugged with deep gorges, glaciers, and huge rocks. Its Himalayan terrain and its unique culture, the peak offers a blend of Nature and cultural tourism products.

The SNP area is also the major source of glaciers, providing freshwater-based benefits for the people downstream. In addition to conservation of the values of the property, a priority of the park is to monitor the impacts of global warming and climate change on flora, fauna, and Sherpa communities.

If you are in a mood to explore Nepal then try to add this Park in your bucket list. Here you will get everything about the Sagarmatha National Park.

A number of wild animals call the park home. Those you are most likely to spot are the Himalayan tahr, ghoral, musk deer, and black bears. Also be on the look out for weasels, mouse hares (pika), jackals, wolves, lynx, and snow leopards. 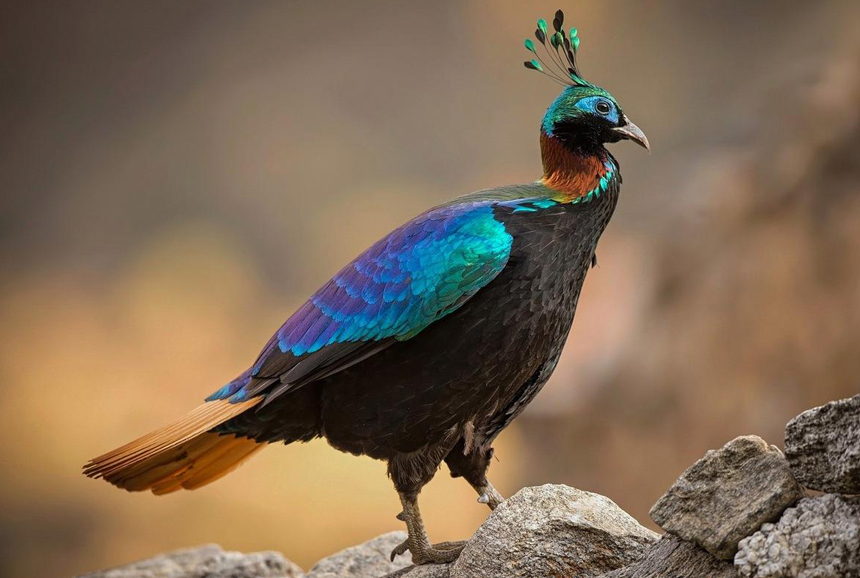 Furthermore, there are 193 different species of birds in the park, including the impeyan pheasant (Danphe), red-billed chough, blood pheasant, snow cock, yellow-billed chough, and the snow pigeon. Vegetation in the park varies significantly depending on altitude. The famed rhododendrons bloom during the spring, from April to May, though most of the flora is colorful during the monsoon season, from June to August.

The best time to visit is from October-November and March to May. June to September should be avoided as the place receives heavy rainfall, approximately 1000 mm and makes it difficult for hiking and camping. Winter months starting from December to February are extremely cold and snowfall is common in these months.

While the highlights of the region are the towering peaks of Mt. Everest and other significant mountains, there are a number of interesting locations to visit for those who don’t mind some amount of trekking activities. Read on to find out some of the best places to visit on your next trip to Sagarmatha National Park.

Mt.Everest, Gokyo Lakes, KalaPathar, Cho La Pass, Dudh Kosi, and Tengboche Monastery comes in the list. Just have a look at these wonders of Sagarmatha.

Everest base camp trek ranks in one of the best adventure destinations in the world. Explore more about the classic trek in the Himalaya With Nepal Visitors

Where to stay in Sagarmatha National Park

There are varied accommodation options within National Park, ranging from resort hotels, basic lodges/tea houses and camping. Trekker lodges with food on offer are available along most of the main trekking routes, e.g. at Phakdin, Namche Bazaar, Thyangboche, Pheriche, and Lobuche

How to Reach Sagarmatha National Park

Sagarmatha National Park is located in a remote area so getting to the park is a hard thing and also the road network was not there. The only thing to do is taking flight from Kathmandu to Tenzing Hillary airport at Lukla. From Lukla, the park was 35kms far away. Through trekking, you can reach the park.

Through some roadways also you can reach the park but the trek time takes nearly 10 days to visit the park. So it is better to take flight.

Most Hardest and Difficult Treks in Nepal