Established on 12th July 2010. Banke National Park has an area of 550 sq km with a buffer zone of 343 sq km. The national park encompasses parts of Banke, Dang, and Salyan districts of Nepal. It is the 10th National Park of Nepal.

This place is mostly inhabited by the ethnic indigenous, Tharu people who are famous for their own unique culture, art, tradition, and way of living. Other groups like Brahmin, Chhetri, Magar, Tamang, Majhi, and Gurung living in the buffer zone. These people are mostly dependent upon agriculture, and few of the people are also engaged in trading and labor.

The Park is home of the 113 species of trees, 85 species of shrub and climber, and 107 species of herbal normally. This National Park contains an array of eight ecosystem types such as Sal forest, deciduous Riverine forest, Savannahs and grasslands, mixed hardwood forest, floodplain community, Bhabar, and foothills of Chure range. It is home to 124 plants, 34 mammals, more than 300 birds, 24 reptiles, 7 amphibians, and 58 fish species.

This region has a subtropical monsoon climate with three weather that is summer, monsoon, and winter. The summer season is from March to June, monsoon is from July to September and finally the start of the winter from October to February. The temperature reaches to nearly 45 degrees during summers and it falls and sometimes reaches below 10 degrees during winter season.

The local population in the buffer zone

There are about 4861 households with 35712 people living in the buffer zone. Indigenous Tharu community, Brahmin, Chhetri, Magar, Tamang, Majhi, and Gurungs live here. Among which 90% depend on agriculture and the rest 10% depending on trade and labor.

The importance of the national park and homestays has increased with the rise in number of tourists visiting the region. There are at least three private Tharu homestays and 17 other community homestays near the national park, which contribute in boosting the local economy.

Things to do in Banke National Park

The National park is also ideal for Jungle Safari where a tourist travels by jeep. Well, Elephant safaris will take you to various places which are and sufficient time to explore places and has lots of fun. When you travel to the elephant, you can feel more secure. You can take pleasure in walking safari some areas which are in fact the finest part of the national park.

How to get there: 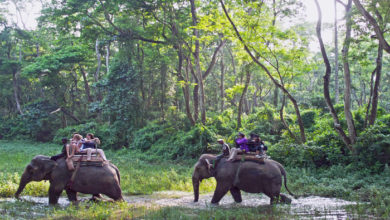 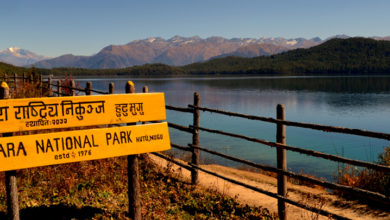