Kathmandu sightseeing tour for one day takes you to the different landmarks of Kathmandu which possess culture and religion authentically.

Kathmandu is the capital and largest metropolis of Nepal, with a population of around 2.5 million. Kathmandu Sightseeing Tour is ideal for family traveler who want to try a the local heritage. The 7 hours cultural tour starts at your hotel in Kathmandu.

Hinduism and Buddhism have co-existed in Kathmandu valley from time immemorial and the valley residents make little distinction as they worship in both Hindu and Buddhist shrines. Kathmandu, the capital of Nepal is a melting pot of cultures and a rich mix of the east and west, the old and the new, where tradition jostles with modernity.

Kathmandu has been a backpackers’ bottleneck since the 1950s as much for the cheap weed as any cultural considerations. Kathmandu remains one of the least expensive capital cities in the world

The Kathmandu Valley is home to no fewer than seven World Heritage Sites. Until the mid-18th century, the region was divided into three kingdoms: Kathmandu, Patan and Bhaktapur, each with its own durbar, or royal square, complete with palaces, elaborately decorated temples, pagodas and pavilions. Today, colourful festivals take place where kings were once crowned and battles were fought.

To the east of the city, the village of Boudhanath is built around the largest stupa in Asia. Be sure to arrive in “Little Tibet” as early as possible and leave before raucous tour groups drown out chanting monks and the clickety-clack of prayer wheels.

What is Kathmandu famous for?

Kathmandu is particularly famous for its religious monuments. Various temples, monasteries, and stupas adorn the city’s landscape, particularly the Pashupatinath Temple and the Changu Narayan which are famous for their stunning, intricate religious artworks.

Is it safe to travel to Kathmandu?

Kathmandu is a fairly safe city, but what it lacks in dangers it more than makes up for in annoyances. The combination of ancient vehicles, low-quality fuel and lack of emission controls makes the streets of Kathmandu particularly polluted, noisy and unpleasant.

In what country is Kathmandu?

The capital city of Nepal, Kathmandu, has become the third most expensive city of south Asia. It is said that the survey has compared more than 400 individual prices across 160 goods and services in 133 cities around the world.

Can you see Everest from Kathmandu?

Contrary to everyone’s belief, Mount Everest can actually be seen from Kathmandu. The Chandragiri hills in Kathmandu offer a panoramic view of the Himalayan ranges and Mount Everest on a clear day.

Is Kathmandu safe at night?

No there are no curfews in Kathmandu and yes it is safe to walk around thamel and other tourist areas. Normally shops will be closed after 9pm but restaurants will be open till late nights. Bar and lounge are open till 2-3am depending on the events and mostly they are open till 2-3 am on friday nights.
Summary 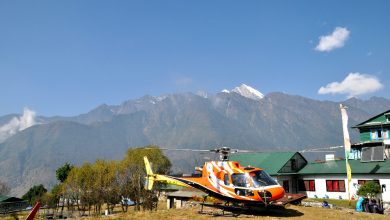