Tiji Festival is one the of most popular festivals of Nepal and most auspicious festival celebrated in the Forbidden Kingdom of Mustang. The Tiji festival dances are all organized by the Choedhe Monastery, which belongs to the Sakya sect of Buddhism.

The monastery is headed by a Rimpoche. About 65 monks from Lo Manthang, Nhenyul and Chhosyer reside in this monastery.

The three-day auspicious event commemorating the victory of good over evil is a huge cultural fest attended by locals and foreigners from all around the world. The festival is an intriguing cultural experience and a clear look into the artistic expression of religion. The monks from the Lo Manthang’s “Choedhe” monastery customarily perform ritualistic dances and enactments during all three days of the festival.

Tiji is an abbreviation of the words Tempa Chirim means “prayer for world peace”. Packed with many a Tibetan tradition the Tiji festival celebrates the victory of Dorjee Sonnu, an incarnation of Lord Buddha, over a demon that caused storms, and draughts and fed on human beings.

Each day’s performance is a progression of the mythological story of Dorjee Sonnu, starting as a peaceful, meditative dance and then ending with big destruction of negativity.

The festival started over 300 years ago as a celebration of the victory of good over evil. The festival traces the folk history of Dorje Jono and Padmasambhava Guru Rinpoche, directly linked to Tibetan Buddhism. Dorje Jono (Vajrakila) is a popular deity in Vajrayana Buddhism.

How they celebrate Tiji Festival

On the first day, the monks perform a dance called Tsa Chaam. This tells the story of the birth of Dorji Sonam, a reincarnated Buddha, to a demon. This demon harassed the kingdom of Mustang and brought havoc to the country. You can witness the monks acting out the demon’s harassment of the people of Mustang.

On the second day, the monks perform Nga Cham, during which Dorjee Sonam tries to return the demon to the realm of the Buddha.

On the third and final day of the festival, the Rha Chham dance takes place. During this, Dorjee Sonam triumphs over the evil demon and banishes him from Mustang.

Reason to love this trip.

Trekking in the restricted region of Upper Mustang requires a special permit. One must book the trip with a licensed trek agency to obtain a special permit. A minimum of 2 trekkers and a maximum of 15 trekkers can participate in a trek.

Experienced trek guides and porters often accompany the trek to Upper Mustang. Taking a trekking guide along is a must because of the strict policy maintained by the Nepal Government. Individual trekkers are not allowed to trek in the restricted region.

To reach Upper Mustang, flight is the best option than others to save time. People can go to Upper Mustang by Kathmandu to Pokhara by flight and next Pokhara to Mustang flight by plane. There is daily flight available from Kathmandu Pokhara and Jomsom and you can do a few days 4WD jeep drives or walk to Lo Manthang.

The spring (April-May) and fall (late September-early November) are the most popular times to go visit Upper Mustang. During the spring many foreign visitors like to go and experience springtime festivals in the region, while the fall is the most popular trekking season for all of Nepal because after monsoon the climate is dry and the temperatures are very comfortable. Tiji Festival Trek is normally celebrated in the month of May depending on the dates set according to the lunar calendar. The tiji festival date is set on 27th May to 29th May 2022. If you are looking to travel into Upper Mustang then we would be more than happy to arrange trekking for your on your preferred date.

Minimum of 2 bookings required for personal inquiry. email us at – [email protected]

In the villages along the main trekking route there are lodges built to accommodate trekkers. Trekking has not been around in Upper Mustang for as long as in the Annapurnas or Everest region, so in general there are fewer lodges/per village on average and not as many luxury options, though all are comfortable and at least basically outfitted with working bathrooms, dining facilities, beds, and often showers and even wifi. Lodges can sometimes fill up quickly in popular seasons; so large groups often bring camping supplies just in case. However, as the region grows in popularity more lodges are under construction.

On the eastern route that begins outside of Muktinath, trekkers must camp for 2-3 nights before reaching the village of Thangye that has a lodge. Other villages along the eastern route also have lodges – though fewer than on the main route because they do not see as many visitors.

There are few health check posts in Upper Mustang, so when travelers become ill or injured the best option is to take a jeep back down to Jomsom. Cell phone coverage is spreading in the region and some villages have landline and/or satellite (Ghemi, Kagbeni, and Lo Manthang) telephones that can be used to place calls. There is also a police check post in Lo Manthang.

In case of emergencies, helicopters have rescued travelers with insurance coverage, and it is also possible to charter a helicopter independently from Lo Manthang.

Summary
Event
​Tiji Festival
Location
​ Mustang Trekking, Rani Devi Marg,Lazimpat,Kathmandu-Nepal
Starting on
May 14, 2023
Ending on
May 16, 2023
Description
One of the biggest festivals celebrated in the region is Tiji, held in the spring often in early May. The festival celebrates the victory of one of the incarnations of Lord Buddha, Dhorji Sonam over a demon, and takes place over a few days with dancing and various religious rituals in the center of Lo Manthang.
Offer Price
USD 2350
Buy Tickets
Tags
Nepal Trekking Tiji Festival Tiji Festival 2023 Tiji Festival Information Upper Mustang 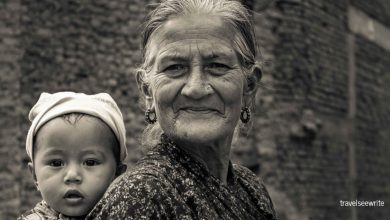