Nepal has four distinct seasons. Spring, from March to May is warm and dusty with rain showers. Summer, from June to August, is the monsoon season when the hills turn lush and green. Autumn, from September to November, is cool with clear skies, and is the most popular trekking season. In winter from December to February, it is cold at night and can be foggy in the early morning but afternoons are usually clear and pleasant, though there is occasional snow in the mountains.

Much colder temperatures prevail at higher elevations. The Katmandu Valley situated at an altitude of 1310m, has a seasonable but equable climate with average summer and winter temperatures of 27 Degrees Celsius to 19 Degrees Celsius and 20 Degrees Celsius to 2 Degrees Celsius respectively. The annual rainfall in Katmandu generally exceeds 1300mm. The mean annual precipitation ranges from more than 6000mm along the southern slopes of the Annapurna Range in central Nepal to less than the 250mm in the north central portion near the Tibetan plateau. Amounts varying between 1500 and 2500mm predominate over most of the country. On an average, about 80% of the precipitation is confined to the monsoon period (June-September).

For more information about Nepal’s climatic conditions, please visit the official web site of the Department of Hydrology & Meteorology.

How to Book Your Nepal Trekking? 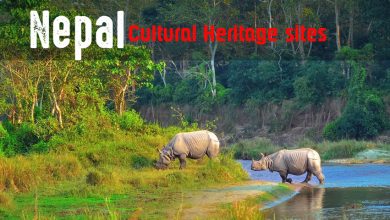