Meet the friendliest people of Nepal you’ve ever met. Feel their optimism and embrace their genuine warmth. The population of Nepal in 2019 is reportedly 29.7 million. There are about 101 ethnic groups speaking over 92 languages. The distinction in caste and ethnicity is understood better with a view of the customary layout of the population. The official language of Nepal is Nepali which is spoken and understood by a majority of the population.

Nepal’s population is about 25 million. According to the census taken by the Central Bureau of Statistics state that there are 61 (presently 59) ethnic groups of people speak different languages. Most of the ethnic groups can be broadly divided into two groups: Indo-Aryans/Indo-Nepalese and Tibeto Mongolians/Tibeto Nepalese.

Historically the people of the former group entered the territory of Nepal during the period of Muslim conquest in the Indian sub-continental and the latter came to Nepal across the Himalayas pass from the north and they inhabited the Himalayan valley and slopes. The latter group is the aboriginals of the country. In addition, there are many nomadic tribes in the hills and terai who have now submitted to the agrarian system. Here is the list of ethnic distribution of Nepali people.

The mountainous regions of Nepal are inhabited by Sherpas, Dolpa-pas, Lopas, Baragaonlis, Manangays. The Sherpas are mainly found in the east, Solu and Khumbu region; the Baragaonlis and Lopas live in the semi-desert areas of Upper and Lower Mustang in the rain-shadow area; the Manangays live in Manang district while the Dolpa-pas live in Dolpa district of west Nepal.

A high number of ethnic groups among the people of Nepal live in the Middle Hills and Valleys. Among some of the major ethnic groups living in this area are the Newars, Thakalis, Magars, Sunuwars, Chepangs, Gurungs, Tamangs, Brahmins, Chhetris and Thakuris. There are also different castes of people differentiated based on occupation such as Damai (tailor), Kami (blacksmith), Sarki (cobbler), and Sunar (goldsmiths).

This region has an enormous amount of ethnic diversity and vibrant cultures. The major cities of the country in this region, we can still find the ancient rich cultures in rural areas.

Ethnic Diversity in the Kathmandu Valley

Although Newars are either Hindus or Buddhists, their culture is vastly different from the rest of the Nepali people. Their rituals, food, and festivals are unique to them. Newars of Kathmandu were predominantly traders or farmers by occupation.

The main ethnic groups in the Tarai are Tharus, Darai, Kumhal, Rajbangsi, Bote, Majhi and other groups. They speak north Indian dialects like Maithili and Bhojpuri. Owing to the fertile plains of the tarai, most inhabitants subsist on agriculture. There are, however, some occupational castes like Majhi (fisherman), Kumhal (potter) and Danuwar. 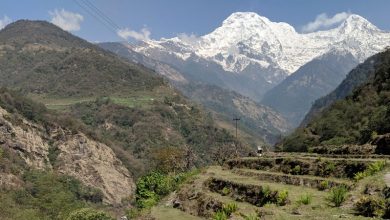 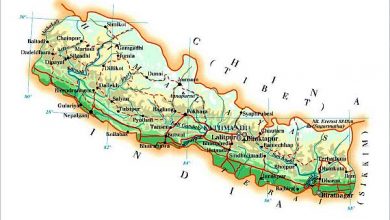